The History of the Monaco - 'Hip to be Square'

In the mid 60’s the watch industry was embracing the automatic movement in the mechanical watch and the option of a watch which was self-winding was rapidly being adopted by customers, but at the time those watches were primarily uncomplicated movements. However, Jack Heuer – the then President of Heuer Watches - wanted to move the technology forward and so Heuer in collaboration with Breitling, Hamilton-Buren and Dubois-Depraz worked together to produce an automatic mechanical chronograph watch through an endeavor codenamed ‘Project 99’.

While working on ‘Project 99’ it came to Jack Heuer’s attention that both Zenith and Seiko were also working on an automatic mechanical chronograph, so not only was there a pressure to be the first to get their watch to market but Jack being Jack wanted to produce something exemplary. He contacted renowned Swiss case manufacturer Erwin Piquerez who developed the iconic square case that would eventually house the now famous Calibre 11 movement. 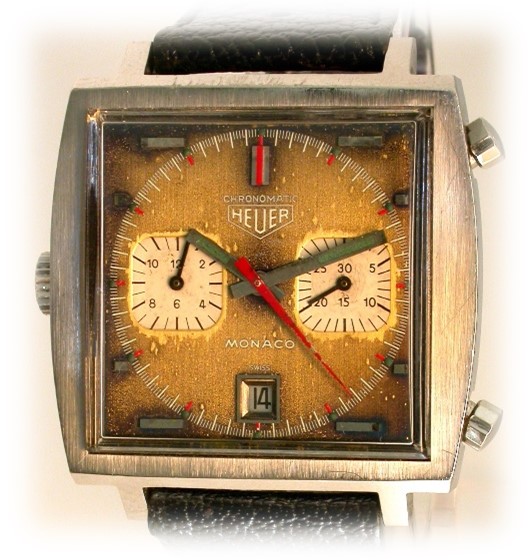 When Heuer simultaneously launched their new watch in March 1969 (named in honour of the historic Monaco Formula 1 race) in Geneva and New York, it became the worlds first automatic mechanical chronograph and also the worlds first waterproof square-cased watch – a watch that in its day was considered impossible to make. The revolutionary Calibre 11 ‘Chronomatic’ movement was designed to have the winding crown on the left of the watch case, something Jack Heuer specified as an indicator that the wearer didn’t need to wind the watch while it was being worn.

The watch rose to prominence in the early 1970’s through the success of the film ‘Le Mans’ starring Steve McQueen. The decision to wear the Monaco by McQueen came about due to the friendship he built with Joe Siffert, the renouned F1 racing driver who was an idol of McQueens and production support for the film. The ‘King of Cool’ catapulted the Monaco into watch superstardom.

The Calibre 11 is till available in the original ‘Steve McQueen’ blue dial, and though a number of people are concerned about the square case of the watch at only 39mm it wears really well on most wrists and is one of the few watches on the market that dares to be different and lives up to the TAG Heuer promise of Avant Garde watchmaking. Original ‘McQueen’ Monaco models are some of the most sought-after pieces in the international vintage watch markets. 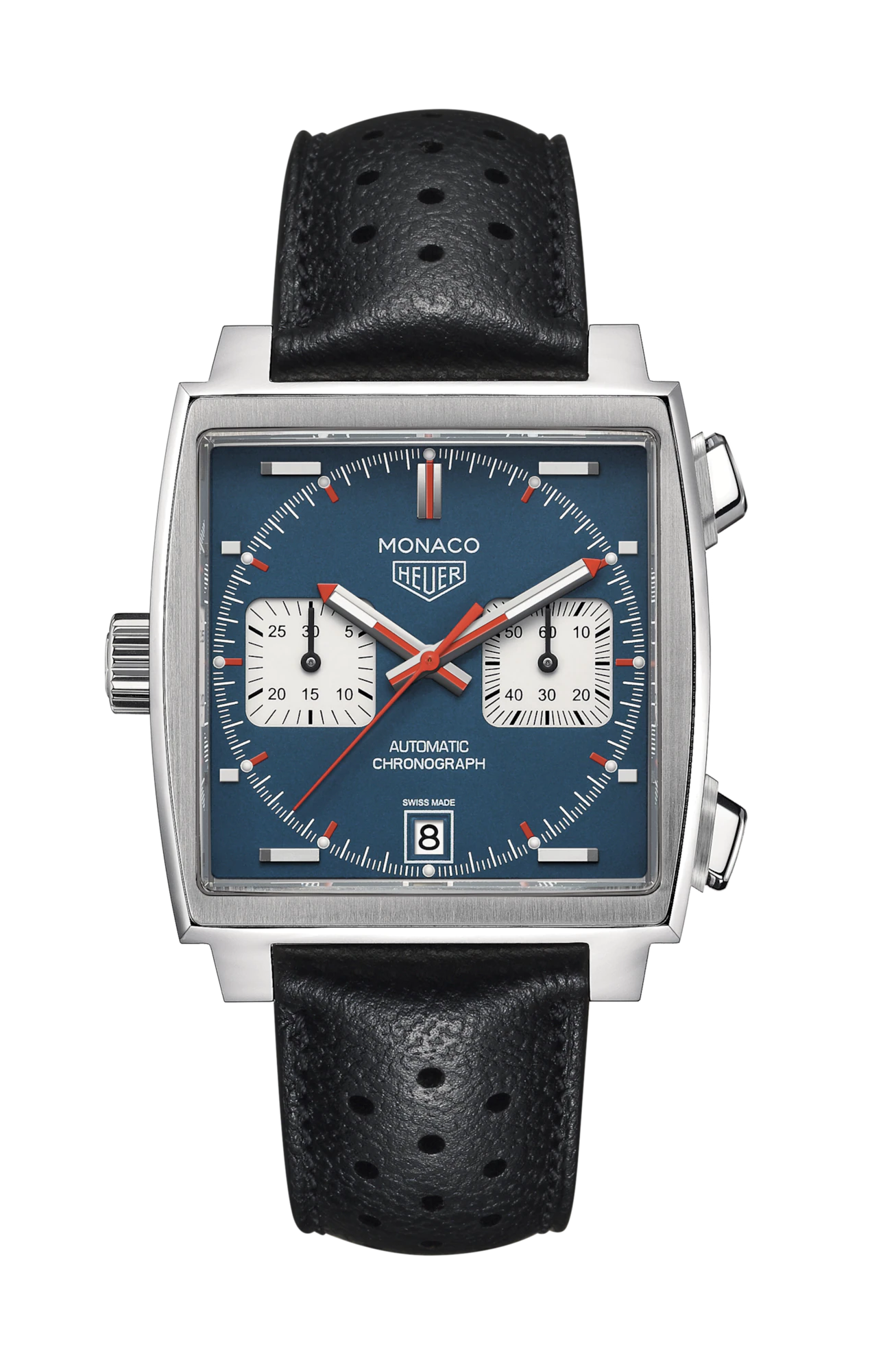 Also available is the ‘Last of the Calibre 12’ Limited Edition model. The Calibre 12, released soon after the Monaco went into production as an improved mechanism, is one of only 1200 watches produced and with the striking grey dial with red highlights and black sub-dials it oozes class.

And of course, there’s the Monaco Gulf Special Edition, a watch that celebrates the enduring collaboration of motor racing and the Gulf motor oil company throughout the decades as well as a nod to McQueen and ‘Le Mans’. A truly striking watch, newly updated for 2022, carrying the blue and orange ‘Gulf’ colours and emblem on the dial.

The Monaco from TAG Heuer – a watch with true heritage, style and eye-catching looks and several world firsts. Something different, something unique, something exceptional. Have you tried one on yet?